Europe is Calling and I Must Go...

So…..what happened this round to Europe???

When I found out that I would be able to make a trip to visit Christy and Marc in Vilsbiburg, Germany, (follow some of their adventures at http://www.whatupswags.com/) AND since it was just myself traveling in the beginning, I put the question to Christy, “Is there a different city I should fly into? Some place that you really want to visit?”  Any place that Christy wants to visit I know I would LOVE to visit as well.  So she gave me the options of Zurich, Venice, Bologna, Verona, or Prague.  I looked up flights and Prague it was.  Why?  It was the cheapest. J Problem solved.  Because really….when you go to visit Western Europe, is there even a city you can regret visiting??  I think not, and Prague was definitely not one.

Two layovers.
O’hare. Not so hot.
Vienna.  YES.
Oh my goodness.  If you have the option to have a layover in Vienna airport, TAKE IT! Compared to all the US airports I’ve been to in my lifetime, arriving in the Vienna airport was a-ma-zing.  It was so clean, beautiful and peaceful.  I am always a little nervous about flying into unfamiliar airports especially in locations where I don’t know the language, but Vienna was such a pleasant surprise!   Surround by fields of green, intermixed with patches of yellow and quaint cottages visible while you are waiting in the terminal, I so highly recommend it.  And while I was waiting for my next flight, there was both a funky couch area and a fantastic looking juice bar along the walkway.  I did not grab anything but it looked incredible every time I saw someone walk away with a purchase. 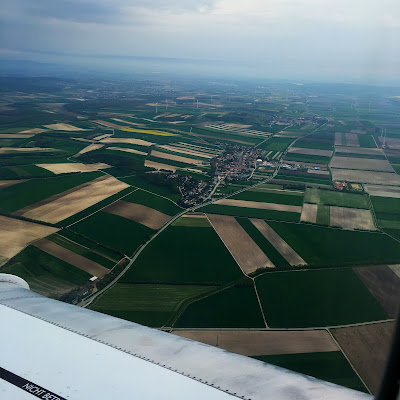 And let me tell you.  There was plenty of “adventure” when I arrived.

What is one of a traveler’s worst nightmares?  Well, for my mom that would be any scenario she has become aware via TAKEN (ugh…why did that movie have to come into our lives???) but for myself, that may be having NONE of my credit cards work.  Yes. That really happened.

I was that desperate tourist clogging up the ATM lines trying card after card, receiving no money, and turning a brilliant shade of red.  I was even so desperate that I hit the exchange booth to try to have them cash advance as the terrible rates they charged.  People, all I needed was the equivalent of $1.50 in Czech Kudos (as we called them because we couldn’t for the life of us ever remember their real name) for public transport fare and I could not get it.  Finally, I gave up and opened my wallet to exchange my dollars at the extortionist rate and what do I have in my wallet?  $3.  Talk about cutting it close!!  I think they even felt so bad for me that they gave me a better exchange rate.  Being pathetic pays off.  Literally sometimes.

Prague is a fairly small major European city, as I found out when I took one of the only 3 main metro lines into the heart of the old town where my AirBNB apartment was located.  I hopped on a tram from the main line, started going the wrong direction, hopped off at the first stop, and started walking my way back to my start point again.  Always great actually when you just got off a 10+ hour flight… But add it to my list of unfortunate events of that day plus public transport tickets are time sensitive leaving me with under 15 minutes to use the transport I wanted to get to where I needed to go.  I figured if all else fails, I get to walk the entire way to where I’m staying. Yay.  There are worse things in life.  Like being Taken. Or having none of your cards work.  Ha!

Finally, I arrived.  A few wrong turns later but never truly lost, I get introduced to my host and she gives me the rundown of Prague complete with several varieties of maps (I LOVE MAPS) and a list including descriptions of her favorite restaurants and cafes in Prague (I LOVE FOOD!).  Moneyless and friendless (as I am still waiting for Christy to arrive for several hours) I get to do one of my favorite things when I am anywhere: WANDER.  Up and down I went “getting the lay of the land” as my dad says.  The swarms of tourists indicated where the popular locations were.  A steady stream of them continued from Charles Bridge to Anenska to Relezova which eventually led them Staromestske Namesti (The Old Town Square).  Of course with food lining the entire way.  So wonderful.  After following the hoards, I made my way back to the Vltava River and walked along that back to the road that cut back to my apartment.  Overall, a nice bit of wandering was accomplished in an area that I would become very familiar with over the next 3 days. 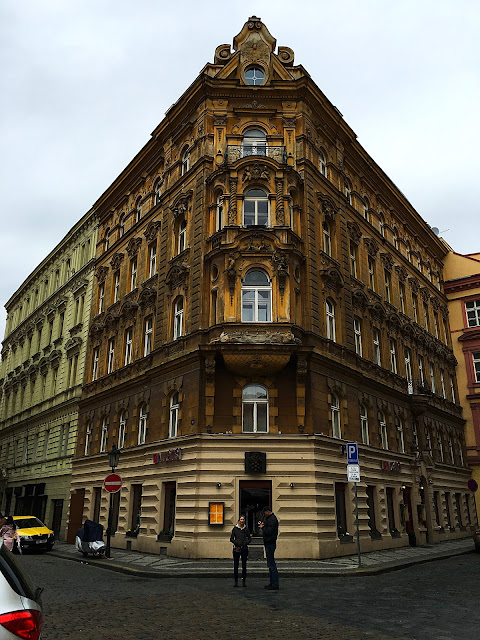 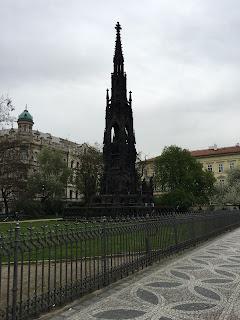 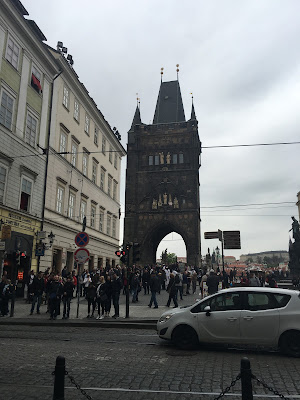 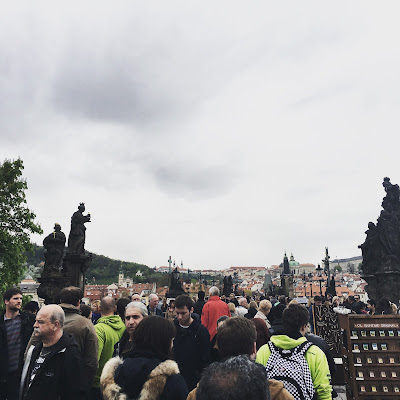 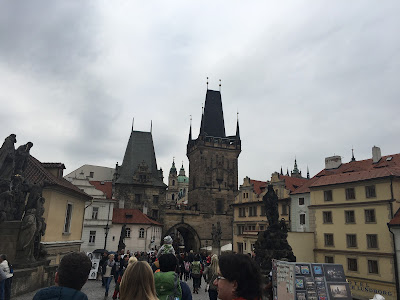 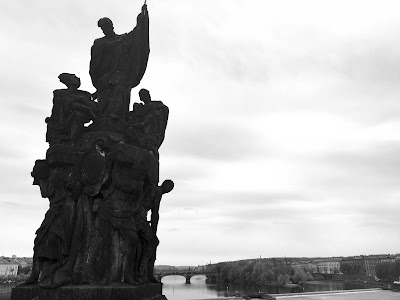 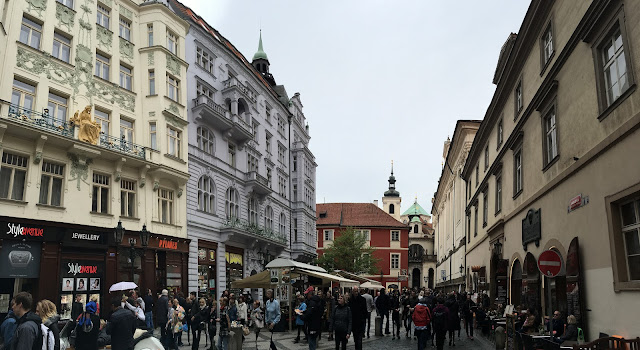 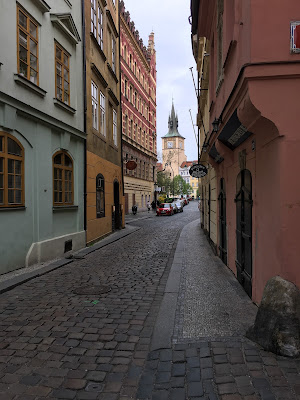 CHRISTY IS HERE!!!!  More wandering except together!! 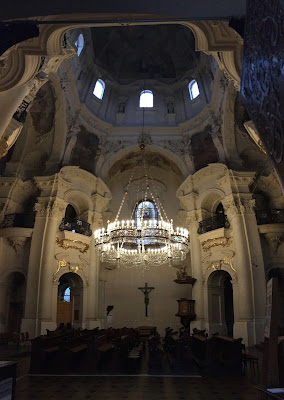 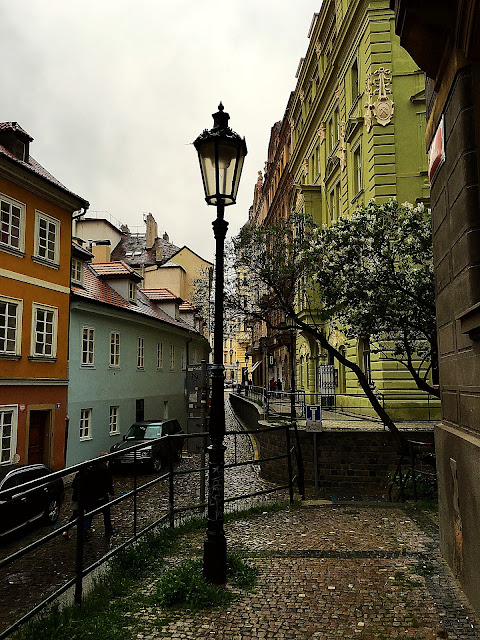 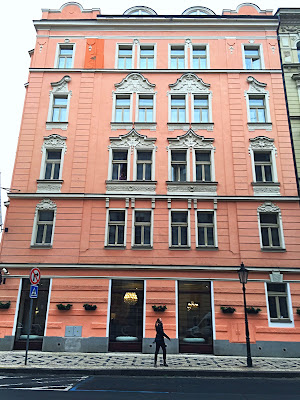 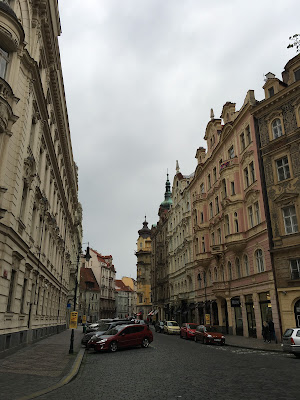 And dinner.  Some incredible chicken noodle soup as I got to battle that ever awesome jet lag feeling.  I felt very strange sitting in a traditional Prague café with my requested chicken noodle soup and sprite while those around me drank their mugs of beer (seriously cheaper than water here) with their hearty dishes. 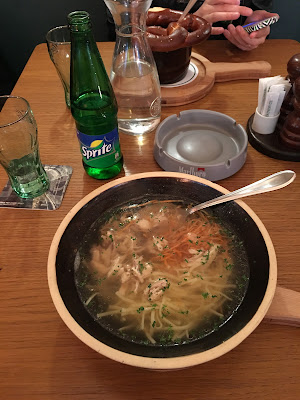 Walk back and crash at the apartment.  What time is it you ask? 8 PM.  Exhausted.   I’d say it was an alright day as this adventure is only beginning! J 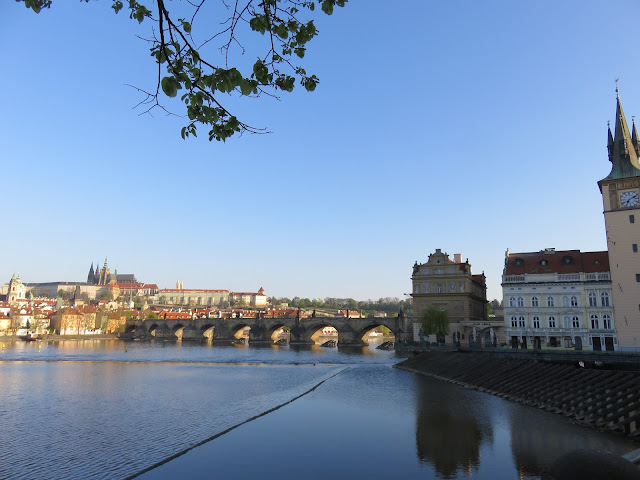 Tanya Lynn
Attempting to capture moments. One here. One there. Half-way across the globe; right in my backyard; adventures; solitary musings; soul awakening reflections. Life is beautiful & hilarious. God is good. All the time.